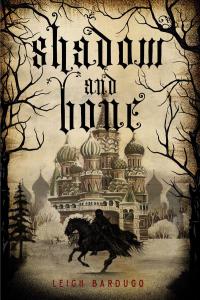 Shadow and Bone is the first in Leigh Bardugo’s Grisha trilogy. Alina Starkov is a scrawny orphan with little past and an uncertain future. As a conscript mapmaker in the First Army of Ravka she is sent across the Fold, a sea of dark magic that destroys all it covers. Her skif is attacked and, in the panic, Alina discovers she has suppressed her magickal powers. Alina is taken to the Darkling, the prince of the Grisha, and taught to use her powers.

The first half of the book is pretty slow and full of frustrating elements. I’m finding insecurity and a lack of self-belief poor obstacles for making protagonists resistant to taking on the challenges presented to them. I know it’s completely realistic and that’s how people feel, but I’m finding it boring in stories. Or maybe it’s just boring if it’s not written well. There’s some cliched mean girls bitchiness between Alina and the more privileged of the other Grisha students. The Darkling is a one hundred and twenty year old magic user and appears to be captivated by Alina. This is somewhat unbelievable, given what we know about both characters, and I was happy to discover this was misdirection.

I’ve read some reviews that suggest the Russian elements of the setting weren’t very convincing and I don’t know enough to judge myself. Alina’s immediate surroundings are well described, but the sense of the wider world was vague. I liked that Bardugo chose something different to inspire her fantasy world and nothing struck me as out of place.

The second half of the book was much better. The conflict becomes much more meaningful and the pace picks up. Alina’s understanding of the world is flipped over and she is on the run. It’s quite tense and I found myself nearly missing my stop on a couple of occasions.

It’s not the most skillfully written book but it’s not awful. It’s written in first person from Alina’s point of view but never gets right inside her head. I would rather it had been in third person. On the whole, though, I liked this. It’s a slow start but a cracking finish. I do like an exciting ending and I appreciated the twists in the middle. If you’re looking for a change of pace in your fantasy reading this could be just the thing. 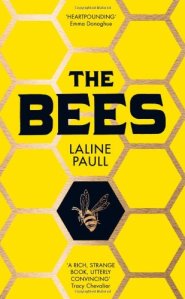 I love my kindle. It’s much better not having to carry around several books and I run out of something to read much less frequently. I still read and buy physical books but I don’t think reading on the kindle is a less rich experience. The one downside of the kindle, though, is I can’t see what other people are reading. Maybe a display panel could be added to the back, because I quite often read books that I’ve seen people reading on the train.

The Bees, by Laline Paull, is one of those books. It’s about a swarm of bees and describes a cycle of their lives. It’s told from the point of view of Flora 717, a worker bee who is able to transcend the bees’ caste system and take on several roles from nursery nurse to forager.

Paull’s world is based on some facts about bees but is essentially magical realist in tone. The bees are anthropomorphised and the hive is turned into a golden palace. It does require some suspension of disbelief but if you’re prepared to give yourself over to this world it is truly lovely.

In order to relate the events of the book, Flora has to be able to move out of the caste she’s born into and this is unusual. Most bees have their role and stick to it. Except foragers. Any bee can become a forager. But Flora is special and only she can save the hive. Flora isn’t so much a character as a device, but for this type of novel, it works. It’s not perfect, and the lack of any real danger to Flora lets the book down in a couple of places. Point of view slips towards the end and an authorial voice intrudes.

I didn’t like the prologue and epilogue which offer a human view of the hive. The book would have been better without them, and the epilogue in particular was overly sentimental.

I enjoyed the world-building. I was completely sucked into the book and found it beautiful, lovely, and captivating. Paull evokes both devotion and menace very well.

There are some weaknesses to the book but, overall, I enjoyed it. It’s unusual, and what’s good is really good. And there’s a happy ending, which was the perfect choice.

A little while ago 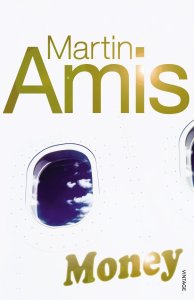 I decided I didn’t want to write any more reviews of books I didn’t enjoy. There are two reasons for this. First, I don’t like doing it, the posts are hard to write, I don’t want to be negative, and I believe that if you can’t say something nice don’t say anything at all. Secondly, the purpose of this blog isn’t to provide a buyer’s guide to books; I started it as part of learning to write myself and to capture what I learn from reading.

I was a bit conflicted about whether I should review Money by Martin Amis because, in the end, I didn’t like it, but, I read it for reasons that have to do with learning to write. In May I went on an Arvon Foundation course. Throughout the course the tutors referred to books and writers that they felt we could learn from, and they stressed the importance of reading for writers. I came away with quite a list. Several of Martin Amis’ books were mentioned and, given I’m not a fan of literary fiction, this one had a subject that I thought I’d find interesting. So, here we go.

Money is an exercise in voice. John Self, the first person narrator, is a wild, chaotic character who consumes too much of everything at breakneck speed in order to avoid confronting the soullessness of his life. The voice is full of slang and is witty and entertaining. I enjoyed it a lot. The worldbuilding experience is similar to that you get with science fiction and fantasy where you’re not quite sure what all the words mean but the cumulative effect creates a fantastical world. Amis very cleverly conveys that there is much more going on than John Self realises. The characters are well-drawn and believable, even the most outrageous depictions of the celebrities. But the pace and wit of the start of the book aren’t maintained. I suspect that is done deliberately, but as the voice became more sober I became less engaged.

There is a character in the story called Martin Amis, a writer, and I found those sections jarring. It’s not just the name. The dialogue of that character and his relationship with John Self don’t feel as true as the rest of the book. It’s self-conscious and pompous. I found it bounced me out of the storyworld.

The plot is that John Self is an ad director who has been offered backing for a film. There is apparently a lot of money flying about, big stars, lots of investment, and the producer, Fielding Goodney, encourages John to live the high life. There’s some blackouts – John Self is a convincing alcoholic – some events he doesn’t remember, some clues that all is not right but John is not capable of recognising them. It’s a scam. I won’t reveal the twist, such as it is, but you’ll see it coming in plenty of time. The Martin Amis character is used as a mouthpiece for explaining the plot at the end. Normally, I don’t like that, but I was left with a feeling of ‘is that it?’ so I was reading on in case there was more to it than I’d realised. There wasn’t.

The ending of the book was disappointing. On the course one of the tutors said that story is about change in the protagonist’s feeling. That does happen, but the change is small and the book is long, and it’s not very satisfying. I felt cheated. There was a lot I liked about Money and I enjoyed at least the first half of the book. The characterization and voice were excellent, I loved the language, it was witty, and I liked the pace. It is skillfully done. On the other hand, the ending was a let down, I felt nothing had really happened (although there’s more plot than that suggests), and it became less engaging in the second half. The irritation of the Amis character contributed to this. And this book will end up in the pile of ‘reasons I don’t like literary fiction’.