I love a meme. Have I mentioned that? 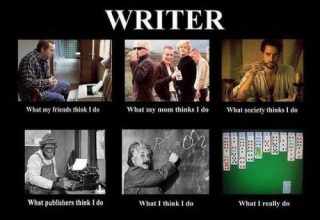 These were sent to me so I can’t link to the originator. I would give credit if I could. ﻿
Ever wondered precisely what genre you like to read and write? H/T to My First Book for linking to this fabulous genre map.

The original genre map is from Book Country. If you follow the link, the squares on the map have a short synopsis of the sub-genres and some examples of books that fall in them.

The first thing to say about The Particular Sadness of Lemon Cake by Aimee Bender is that it has a great title. It’s evocative and intriguing, the rhythm is good and is the sort of title that makes me wish I had a talent for titling things. 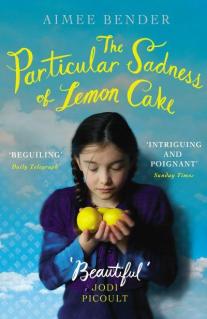 At the age of nine Rose discovers she can taste emotions in the food she eats. If it is manufactured food she can tell all the layers that contributed to creating it. If it is homemade she can taste how the person who made it was feeling. She finds that people around her feel things that they don’t display on the surface and she struggles to work out a way to manage it.

Rose’s brother Joseph is quiet and reclusive. As he reaches his late teens he starts to disappear in mysterious ways. Their mother is frantic and their father is distant. Eventually Joseph disappears and doesn’t come back. Rose feels she can’t move out now, but gradually she finds a way to use her gift and have a life of her own.

It’s an easy read but the title really is the best thing about it. The powers that Rose and her brother have are not explained until the end when their father reveals that his father had a similar power. I found this element of the book unsatisfying. I could have accepted any number of causes had an effort been made to provide one.

The description of the emotions in the food could have been richer and more detailed. I thought that they were flat and I found them disappointing. What I did like was the concept; it’s an interesting idea. The execution didn’t do it justice and didn’t live up to the title.

I wasn’t keen on the writing style, even acknowledging that anything read after Babel Tower would suffer by comparison, and I found it difficult to engage with the characters. It was not so bad that I couldn’t finish it but I would certainly avoid anything else by this author.

One of my top ten books is Possession by A. S. Byatt and so it stands to reason that I would like other books by the same author. I read Angels and Insects and wasn’t blown away. I bought Babel Tower and it has sat on my bookshelf for ten years. Part of the reason I haven’t read it is that it is a hardback and is 615 pages. The other part is that I was worried I wouldn’t like it. Oh, how wrong I was. 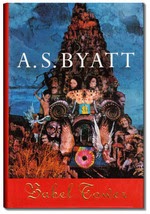 On the surface it is the story of Frederica Potter, a woman who was a Cambridge graduate in the early 1960s, then her sister died and while she was grieving she married an inappropriate man. At the start of Babel Tower Frederica has a two year old and is realising that she made a mistake in her marriage. When she runs into an old friend it accelerates this realisation. The cracks in her marriage widen and her husband becomes extremely jealous and violent. After he hits her with an axe, she leaves and begins a life in London.

There Frederica renews old friendships and makes new ones, including one with the author of a book which is tried under the Obscenity Act. At the same time, Frederica starts divorce proceedings. What the book is really about is the terrible position and treatment of women in the 1960s and it is very feminist. It is also about the nature of art and about obscenity, morality and freedom of expression.

The quality of the writing is astonishing. It was so rich and complex without ever becoming florid. I wish I could write like this. On every page I was in awe. It is the third in a series of four and, of course, I haven’t read any of the others but it easily stands on its own. Byatt is a literary writer who is gripping, tense and utterly absorbing. This was amazing and I could barely put it down. You should definitely read it.

Tiger of Talmare by Nina Scott is a novella that I stumbled across while I was browsing Amazon for contemporary science fiction written by women.

Mel is a space pirate who has been hired to hijack a spaceship carrying the cryogenically frozen Zach to be tried for a massacre on Talmare. Zach is a tiger-human hybrid soldier, who happens to have been chasing Mel across the galaxy for the last ten years, ever since she stole his ship.

The cryochamber is damaged so Mel has to revive Zach. He convinces her he’s innocent. The man who hired her is the real culprit and is trying to silence Zach. As the story is uncovered it turns out there is connection to a troubled member of Mel’s crew so Mel decides to do the right thing. And as this is a romance as much as an adventure, Mel and Zach get it on.

This is a fun romp heavy on action and dialogue. These elements are well done and the book is pretty entertaining. It’s a novella, coming in at a mere 100 pages, so there’s not much room for anything else. I think these characters have a lot of potential and if the story was fleshed out with description and context it would make a great novel.

I liked it. It’s currently free as an ebook, so give it a go.

On a side note, I’m keen to read science fiction written by women. Any suggestions? I’m looking for people publishing now, rather than classics of the genre.

The Hidden Empire by Kevin J. Anderson is the first book in The Saga of Seven Suns series which runs to seven books. It’s a meaty space opera of around 660 pages. A nice substantial book to really get my teeth into. In theory. 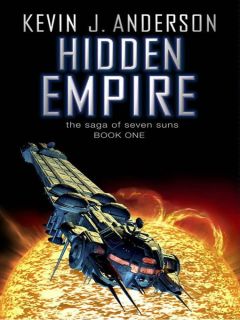 Humanity expanded out into the universe in generation ships. They encountered the Ildirans who gave them advanced technology for spaceflight and helped them settle colony planets. They’ve discovered another extinct alien race and in the course of learning about them they’ve found a tool for tunring gas giants into suns.

Using this tool triggers a third alien race to reveal themselves and declare war on both humans and Ildirans.

As this is the first book in a series of seven it is largely setting up the war. Through numerous characters Anderson builds up a picture of human and Ildiran society and draws the relationships between them. The Hidden Empire is broad in scope which I liked, but it lacks depth which I didn’t like.

Chapters are short, lasting only one or two scenes. This makes the pace quite quick. The chapters are told from the point of view of a single character and often ends refering to the character whose chapter is next so there is a pleasing chain effect.

What it lacks is depth. There is one main bit of human society (Hansa) and two further cultures (Theroc and Roamer) which have a tense relationship with the main bit. But the groupings are simplistic. For example, the Hansa have devolved to a psuedo-monarchy for their system of government and the rationale seems rather weak. There is also a lack of understanding of the dynamics of oppression and marginalisation. The characters are shallow stereotypes that exist primarily as narrative mouthpieces. The whole thing is heteronormative and white-centric – probably not consciously, but it does demonstrate a lack of thought or analysis.

I finished it (and I won’t be finishing anything truely terrible this year), but I won’t be reading the rest of the saga. While I do love fiction with a broad sweep I need that to be balanced with depth, good characters and complex relationships.